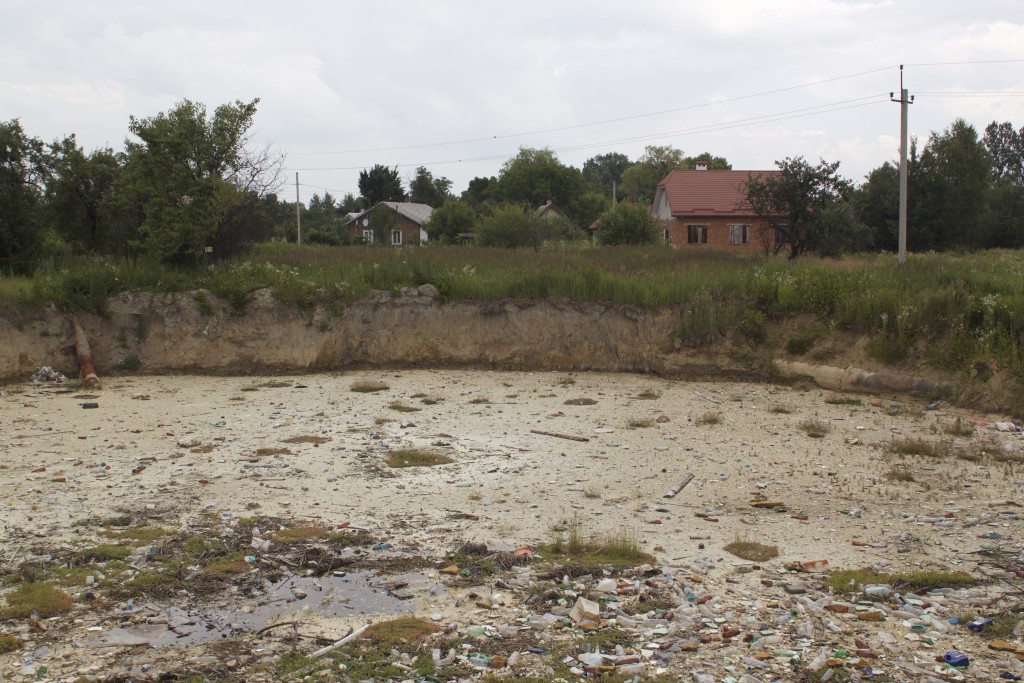 Welcome to the city of Kalush. A former mining city on the foot of the Carpathian Mountains.

Located in the Western parts of Ukraine – tormented by severe chemical pollution, houses that sink into the underground, massive unemployment and sickness among the 65,000 inhabitants.

Welcome to one of the most polluted areas in Europe.

An area no one seems to care about.

All the way back to the 1400s – when Kalush was part of Poland – there was mining in Kalush and from mid 1500 the first chemical production of Nitrate started.

The area is generally rich in various salts in the subsoil and numerous factory plants specialising in agricultural fertilizer using i.e. Potassium and Magnesium were established over the years. Up to 15,000 people used to work here.

With time, some of the chambers have been filled with waste, both from daily life, and from the extensive chemical production in the city.

“No one knows what is hidden in the mines, nor how much. When they stopped using the underground mine, it was flooded. They pumped water into the many tunnels and chambers in order to stabilize the fragile underground”, explains Yuri Sadoviy, head of the Kalush Gallurgy Institute.

Mykhailo Dovbenchuk, former chemist at one of the chemical plants and today heads the local NGO, Green Movement Karparty and Yuri Sadoviy estimate it to be more than 1,000 tons of mixed chemical waste in the many chambers beneath Kalush.

The excavations undermined the city – and part of the waste that that has been dumped in the mine condensated which has eroded the mine’s stability.

In 1987 a disaster took place: In one night some 40 houses sunk into the ground. Several of the houses simply disappeared while other collapsed.

The result is that the mines is now flooded and filled with mixed chemical waste. A combination designed to fail:

“We fear both more collapses and the chemicals spreading to groundwater. There is no monitoring of the groundwater, so nobody knows if the chemical waste spreads to the drinking water”, points Yuri Sadoviy.

The Dead Sea of Kalush